Why implementing Scrum is worth the Effort

As per Scrum Guide, Scrum is a framework within which people can address complex adaptive problems, while productively and creatively delivering products of the highest possible value.
Scrum is an agile process that allows us to focus on delivering the highest business value in the shortest time. The business sets the priorities and teams self-organize to determine the best way to deliver the highest priority features.

Why is Scrum worth the effort?

Non-scrum companies have large numbers of managers whose job is to guide rather than provide any measurable output. Imagine if you could run a company with no “managers”? With people or developers working in “self-organized” teams providing valuable output.
How much money would be saved by removing the bureaucracy?
How “Agile” your company would be?
How much more innovative would the environment be?
How much more productive would your company be?

One of the example is Github, which has been following Lean Management Strategy to drive innovation. Spotify’s approach of  autonomous and discrete teams that work separately from others is another big example.
Salesforce.com implemented Scrum in 2006 and during first year of implementation saw 94% more features delivered to the customer compared to previous year (Scrum Gathering 2008 Stockholm) and within the next 2 years the revenue doubled to more than $1billion.
There are many more examples of other companies having successfully implemented Scrum such as Google, Microsoft, Intel, etc.

Transitioning to Agile process like Scrum is worthwhile as it leads to: 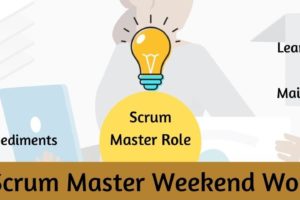 The Scrum Master is responsible for ensuring Scrum is understood[...] 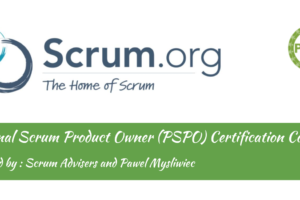 EARLY BIRDGENERAL ADMISSION Why is Scrum.org certification considered the “gold[...] 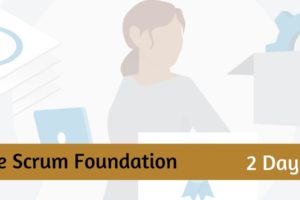 Agile Scrum Foundation is designed to test a professional’s fundamental understanding of agile methodologies and scrum practices. This course is accredited by Exin.

or send an email to [email protected]